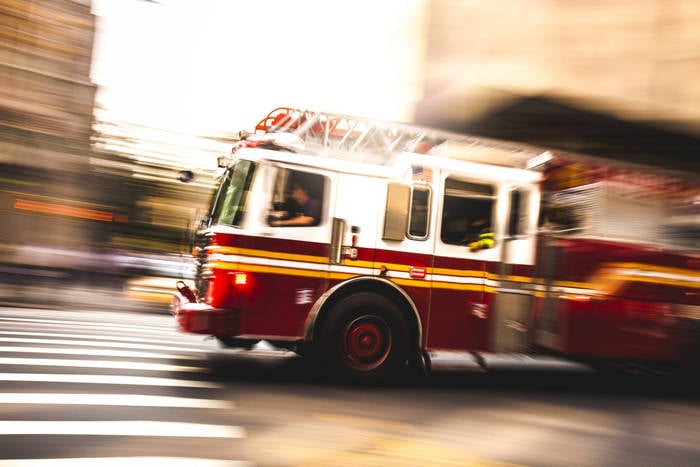 There are times in the course of a career when an accountant faces difficult short-term circumstances calling for quick decisions and a focus on critical priorities.  In other words, the “fire” calls the shots, and the accountant must respond to the fire’s breadth and intensity. The ability to successfully manage the proverbial fire is based on skill and effort within an undetermined period.

In a recent engagement as an interim CFO, I was introduced to a company which had recently been spun off from a larger group to key executives, with the support of private equity capital and bank debt.  While the company was not new, operational independence was. M&A transactions are always challenging, and this particular transaction started without a full complement of internal department resources.

What I encountered on the first day was the lack of a structural accounting program with operating software and concerned bankers based on three months of delinquent bank reporting. The bank was tolerant given the new relationship, but I understood the need to bring the circumstance current as expeditiously as possible.

Accounting information emanated from multiple sources. The transferor group-maintained receivables and payables for the transferee and the new company had implemented a compliment of online services to address GL accounting, payroll, and employee expense reporting.

The first goal was to integrate the online services data with the accounting information from the transferor in the accounting software to produce monthly financial statements.

The next goal was to apply the accounting results to the bank covenants and file the delinquent bank reports. My presence with a plan was already a comfort to the bank representative, though the question was still 'when'.

These steps were detail oriented and time-consuming, amid the learning curve I was mounting. I understood the importance of establishing a good foundation for a functioning accounting group. The effort was equivalent to digging fire lines, to better control the fire.

Internal concern increased when it was discovered that the accounts receivable aging for the new company was trending toward 75 days and the bank balance was dropping below an acceptable level. A cash infusion was needed and tapping the credit line seems like a straightforward matter.  However, to access the credit line, the company needed to meet the bank requirement for a collateral audit. Given the time necessary to schedule and administer the audit, there was not enough cash to meet the company’s short-term needs.  Another working capital source needed to be identified and approaching the private equity group was judged to be the least favorable alternative.

Fortunately, the transferor remained interested in the success of the transaction, and the departing executives had maintained good working relationships with their former employer.  With the CEO, we contacted the transferor and requested a dedicated resource for the company receivable collections, and a short-term loan to allow transition until the credit line became available.  The benevolence of the transferor, in this case, was instrumental in sustaining the situation. Without bridge capital, expectations for the success of the new company would have diminished significantly.

Once the short term-loan was in place, I engaged the bank audit with its principal focus on accounts receivable.  While the audit was underway, I now needed to triage my time among the audit, database integration for the online services, and creation of the software architecture. As all services were remote and in the Eastern time zone, this added another level of complexity to the situation. Most of my days were spent on the phone and reviewing emails to manage the progress. Further, it did not help that I was also competing for time with other clients of the respective services. Notwithstanding, I hoped to coordinate production of accounting information for bank reporting, with bank approval of the collateral audit.

Given the standard accounting modules had not been used to process the historical information, this data was entered into the software via journal entry. As a result, there was no “drill down” capability in the software to research the underlying historical data.  Rather, this circumstance necessitated ongoing reliance on spreadsheet support through the end of the first year.  Given all that we were trying to achieve, this was a minor strategic concession. In addition to capturing historical information, it was also important to assume responsibility for processing the current daily transactions. Once the accounting software modules were ready for use, we began to manage accounts receivable directly and accounts payable. This milestone was the beginning of a more normative accounting environment, much like containment of a fire.

After a few weeks, the receivable aging improved, and the bank balance began to increase.  I was also able to conclude the collateral audit successfully and begin proofing the financial statements from the accounting software

There remained one additional technical point to resolve.  We needed a waiver of the reporting covenant for the delinquent bank reports to open the credit line, allowing for repayment of the short-term loan to the transferor.

To date, we had demonstrated great progress in the production of financial reports, and a successful audit. More importantly, I maintained close communication with the bank representative. As a result, the waiver was granted.

As a fitting conclusion to this part of the engagement, I was invited to a board meeting with the private equity members. There, I reviewed this history and shared current financial information.  While other questions were raised to the CEO, the only question raised to me was “Are the numbers good”?  This was a reasonable (though loaded) question given the difficulties encountered. In particular, a broad question of this nature speaks to credibility. I responded that I believed that we had captured all of the necessary financial information.

What remained was a refinement of the data between the balance sheet and profit & loss statement, and some redistribution of expenses among the expense accounts. I also reminded the board that the year-end financial audit would reinforce the work performed to date.

At the conclusion of the board meeting I experienced a sense of satisfaction for the work accomplished. I imagine this is how a fire person feels on reviewing the smoldering landscape with the flames extinguished.

Dan Hurwitz is a seasoned financial executive with over 35 years of blended business experience in public accounting and industry.