Nick Anderson (Columbia Bank) recently invited Bill Palmer (CFO Selections) to be interviewed in a 4-video series. Nick and Bill had an in-depth conversation about the 3 P’s:

The series was shared via LinkedIn but in case you missed it, we have the four-video series wrapped up into one. 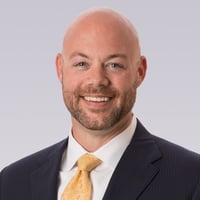 Nick Anderson is a Senior Vice President, Commercial Team Lead at Columbia Bank. Based in Seattle and Bellevue, his team of bankers collectively serves the needs of 1,000 businesses including many of the Puget Sound region’s most notable private companies and nonprofit organizations.  Nick and his team excel at providing solutions for the difficult and complex needs of mid-large size organizations – examples of which include; financing an organization’s growth when most banks turned them away or implementing multi-faceted payment systems for a large organization with hundreds of seasonal volunteer employees.

Nick earned a Certified Treasury Professional designation in 2011 from the Association of Financial Professionals. He is a graduate of Leadership Tomorrow, class of 2015, and a 2008 graduate of the Pacific Coast Banking School.

Nick has received recognition with honors and awards over the last five years which includes: PSBJ 40 Under 40, Entrepreneurial Spirit Award, Lifelong Learning Award and Grace Cole Award – Volunteer of the Year.

Nick is active in his community as a board member and advisor to non-profit and public sector organizations including The Social Enterprise Alliance of Washington, Rotary Club of Seattle, Seattle Works and many more. 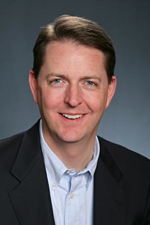 Bill Palmer has experience with the finances of nonprofits from multiple perspectives.  For more than two years, he has acted as CFO at a local children’s charity, where he oversees the accounting staff and also assists the executive director in budgeting and long-range planning to support capacity building. Bill spent ten years on the governing board of a private school, where he led the financial planning, led a capital campaign which successfully raised $1.5 million from private donors, negotiated long term loans, and set pricing policies.  He has also successfully performed as acting CFO for companies in a wide range of for-profit industries, including software development, commercial real estate, construction, equipment distribution and service, and retail.

Is On-Site Necessary Anymore? Examining Today’s Most Effective Workforce Structure
How does Uncertainty affect a CFO’s Role?
How a CFO Provides Decision Support
Business Contingency Planning for the New Era