Editor’s Note: We are fortunate to have many exceptional clients. From time to time, we include “Company Spotlight” posts in our blog to express our gratitude and appreciation for the awesome work they do and the accomplishments they achieve. Enjoy!

Traditionally, food waste in high-production kitchens was “invisible.” It would be thrown away throughout the day with no one aware of its accumulated weight and cost. Food waste needed to be measured so kitchens could manage it and improve it. So, they could finally “see” it. But how to make that tracking easy? Leanpath CEO Andrew Shakman asked that question 16 years ago.

The answer was a technology suite introduced in 2004 that, today, represents a complete food waste prevention platform consisting of in-kitchen tracking devices, analytics software that crunches food waste data, and coaching programs that help kitchens understand their data and act on it to prevent food waste.

Leanpath cuts its clients’ food waste by 50% or more. Since 2014 alone, working with thousands of kitchens across 40 countries--with clients including Google, IKEA, Aramark and Sodexo--Leanpath has empowered culinary teams to prevent over 55 million pounds of food from being wasted.

About 1/3 of the world’s food production goes to waste at the same time over 800 million people go hungry. If that food waste were a country, it would rank third in greenhouse gas emissions.

Food waste is also a big drag on a kitchen’s bottom line. According to Leanpath data, a typical kitchen will waste between 4 and 10 percent of its food purchases. That waste also leads to inefficient labor--staff preparing food that just gets tossed--and unnecessary hauling fees to truck away that food waste.

Leanpath works primarily with “non-commercial” and hospitality foodservice. This includes colleges and universities, healthcare foodservice, corporate dining, and hotels. The commonality among these is that often they are often producing large amounts of food with uncertain numbers of diners. Because of this, overproduction is common and the largest source of food waste.

At its most basic, food waste tracking allows these operations to see, for instance, that they waste a pan of scrambled eggs at breakfast every morning. They are then able to adjust production down, while still being confident they are producing enough to meet their customer’s needs.

But food waste tracking also allows kitchens to understand what is being wasted because of poor inventory management that leads to spoilage or expiration waste, for instance. And because Leanpath trackers are equipped with cameras, they even see things like unnecessary waste from trimming produce. Too much melon left on the rind? Time to retrain staff on knife skills. 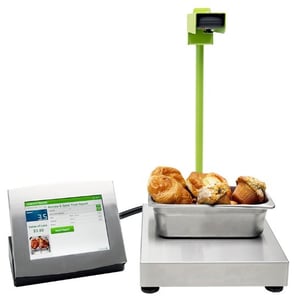 Leanpath draws inspiration from proven management science techniques in manufacturing (Lean and Six Sigma) to overcome this problem. They approach waste reduction using the perspective that kitchens are factories and should be managed as such. The impact of these measures extends past food waste costs on social and environmental implications.

Leanpath introduces kitchens to the same data-driven discovery and team-based problem-solving techniques that work so well in manufacturing.

Additionally, they can have a positive effect on employee morale

When Leanpath began 16 years ago, Andrew Shakman was going kitchen to kitchen educating culinary teams on food waste. In May of last year, he sat on the stage at VivaTech in Paris with the CEO of Sodexo Denis Machuel, as Machuel announced the rollout of Leanpath to 3,000 of its global sites,  the largest commitment to automated food waste technology in history.

Nearly two decades of work are paying off, but there is still much work to do. Shakman understands that change is difficult, and it takes a clear vision to alter habits and behaviors. Leanpath’s focus is singular – reduce food waste. They are going to devote all their time and energy to saving billions of meals over time by leading the charge on market expansion and, ultimately, finding ways to make it more affordable so more foodservice businesses can benefit. When that happens, Leanpath will have empowered even the smallest operations to become changemakers to have a positive impact on the environment and society.

While Leanpath was pounding the pavement to create and shape a whole new category, the world was waking up as well.

Awareness around climate change increased, leading much of the world to realize that it’s truly an existential threat that must be addressed. The understanding that food systems are a critical component to solving the climate problem because of the correlation to greenhouse gases has become more widely adopted as well. Recent studies indicate that food waste represents 8% of global greenhouse gases. Paul Hawken, the author of Drawdown, worked with researchers to rank approximately 200 solutions for solving the climate change problem. He declared that reducing food waste was the third-best lever to solve climate change.

Also, according to recent population projections, by 2050, the planet is going to have 9.6 billion people that will need to be fed. If the world continues losing a third of its food to waste, efforts to feed those people are going to be working against the climate problem, or people aren't going to have food. 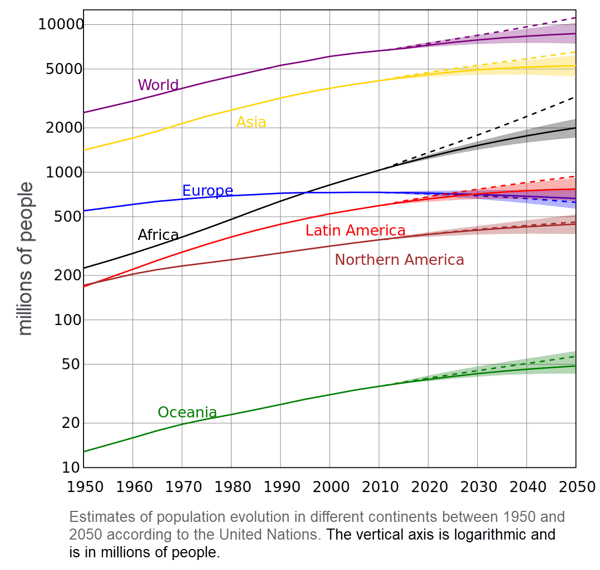 Climate and increasing food resource needs are the two fundamental drivers that have brought attention to food waste prevention in recent years.

In 2015 the UN set a sustainable development goal of cutting food waste in half by 2030. Afterward, the US adopted the goal as well, and the EU followed suit. This bipartisan issue has truly become a worldwide effort, with regions joining forces around the world to coordinate efforts. Social norms around food waste may not have changed entirely yet, but they are certainly shifting. Global leaders like Pope Francis are doing their part to help drive change as well by imploring people to stop wasting food.

At the same time, people recognize that food waste is money in the garbage. Minimum wage increases have put additional pressure on foodservice businesses, which already have very thin margins, making cost savings more important than ever before. Prime cost (which is calculated by adding food costs to labor costs) in the food industry necessitates that businesses be more productive with food as labor costs continue to rise.

Increased global awareness has helped people to understand that food waste reduction is good for businesses, good for the planet, and the right thing to do for society at large.

Building a Company of Consequence

While Leanpath is certainly focused on fighting food waste, they’re concentrating on another objective as well – driving change in the right way. Their goal is to build what they call a “company of consequence.”

They strive to create a culture where people want to work because what they do has meaning, and there is an opportunity for individual growth and development. Simply put, they’re focused on doing things the right way. Leanpath relies on a strong mission to draw people in, and then foster a culture of dedication and commitment.

The Leanpath culture is a low ego environment and is centered around six core values: excellence, drive, productivity, humility, fairness, kindness, and teamwork. They strive to consistently be better, respect everyone they work with, and learn from each other to improve consistently. To this end, they run the EOS (Entrepreneurial Operating System) and use the OKRs (Objectives and Key Results) system pioneered by Google. Each employee has an OKR in the company that is mapped against company-wide goals to build a culture where everyone is contributing individually to achieve overall effectiveness. These OKRs also allow Leanpath to align clarity and perspective across broader goals.

Additionally, they have a weekly 15Five program where every colleague takes 15 minutes to reflect on their week and what’s ahead, and then their manager takes 5 minutes to respond. Everyone at every level of Leanpath participates, all the way up to the CEO. It creates a culture of regular feedback that is evident in the work that they do as they coordinate employees between the US and UK offices to serve customers in 40 countries.

Succeeding, But Not Yet “Successful”

According to Andrew Shakman, Leathpath’s CEO, they’ve had success, but he wouldn’t consider the company “successful” in a way that makes it seems as if their work is done.

Instead, he paints a picture of a company that had successes along its journey due to perseverance and patience. He understands that change is difficult, and it takes a clear vision to alter habits and behaviors. Leanpath’s focus is singular – reduce food waste. They’re going to devote all their time and energy to saving billions of meals over time by leading the charge on market expansion and, ultimately, finding ways to make it more affordable so more foodservice businesses can benefit. When that happens, Leanpath will have empowered even the smallest operations to become changemakers to have a positive impact on the environment and society.