Too Few or Too Many CFOs?

As the leader of our executive search practice, the most common question I get asked is, “What is the market like for CFOs?”

My reply has generally been, “Well, in the Pacific Northwest there is an oversupply of experienced CFOs but not enough ‘up and comer’ CFOs”.

I also mention: “It will cost you a lot more to get an inexperienced CFO than it did in the past.”

Why do I say this?  It is all about demographics and supply and demand.

The American Institute of Certified Public Accountants (AICPA) has published a report for many years that focuses on the trend of the number of people in the United States obtaining accounting degrees and the demand for public accounting talent.

The most recent report was issued in 2017.

The main piece of relevant data has been out for many years.  It is the decline in the number of people obtaining accounting degrees that began in the late 1990’s and continued until around 2008.  This means in 2019 there are fewer individuals in their mid-30s to mid-40s with the traditional accounting education than there has been in the past.  This is the ‘up and comer’ CFO crowd.

The longer-term future looks brighter.  Beginning around 2008 and moving forward, the number of people seeking and obtaining an accounting degree not only surpassed historical levels, but grew at huge increases over the past.  This means there is a huge number of potential CFOs with the accounting degree in the younger population.  But that does not help a business owner today, nor for many years down the road.

We are blessed to live in a wonderful part of our country.  Washington and Oregon generally have milder seasons than most parts of the country.  Rivers, mountains, the Pacific Ocean, Puget Sound, Salish Sea, islands, whatever outdoor activity a person likes, we have it here.   And though housing is now very, very expensive, it is still less expensive than in California where there is also a very large population of people.  The Pacific Northwest has also seen a huge growth in our population in general, particularly in Seattle.

At the same time, we have not experienced much growth in mid-sized and large businesses.  The type that need a full time CFO to manage financial analysis, the accounting operations, and be a business partner to the CEO.  Yes, we have a region with a tremendous number of new technology companies, and the micro-brewery and micro-distillery industries are areas of growth.  But they have not created many large companies where there are hundreds of employees with at least $100 million in revenue.  In some sectors there has even been a decline, as noted by the Puget Sound Business Journal in 2016 when it discussed the huge decline in family owned businesses in the aerospace industry. 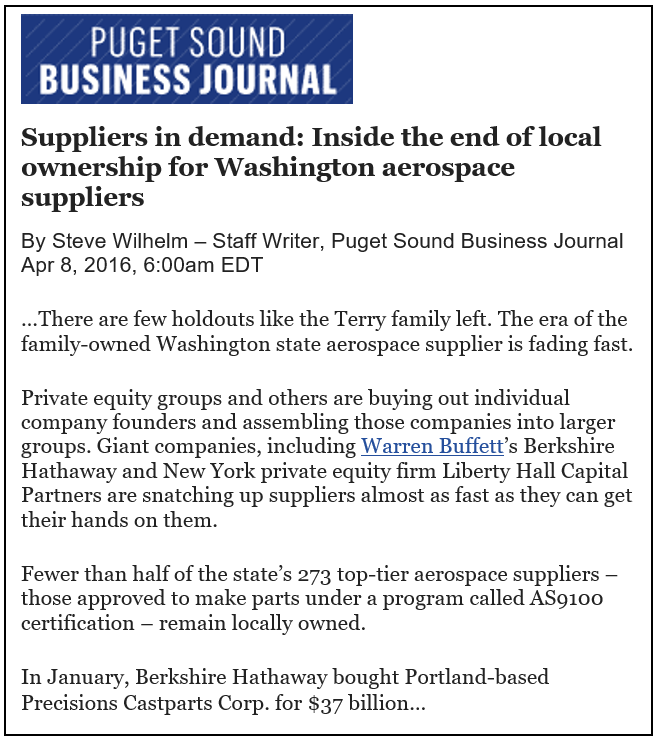 Each time a stand-alone company gets sold to a strategic buyer or a private equity firm that rolls the company up with a few other companies, there is no longer a need for the CFO of the former company.   And over the years there have been more large companies that have left the area or been sold, then have moved here.   The operations are still here, but the headquarters, the office with the CFO is no longer here.

However, given the attractiveness of our region, people want to stay, including the former CFO.  And each time an out-of-area CFO gets placed in our region, they are likely to love it and want to stay.  In addition, the Great Recession of 2008 caused a lot of people to work longer than planned.  Thus, it’s likely more experienced CFOs may still be out there in the workforce needing a few more years to build up the retirement account.

What I have seen on the “too few” side of the equation is how expensive it is to replace the retiring CFO with the less experienced CFO.

During that ten-year period of declining accounting graduates, there were fewer people in the “public accounting” and “private accounting” new-hire pipeline than today.   And yet, during that same time period, complexity in accounting increased and was compounded when Sarbanes Oxley was introduced in 2002.  CPA firms had historically been able to hire the best and brightest at lower wages than a company would because of the desire by the graduate to get that unique exposure to a broad range of industries at a young age in a compressed amount of time.

However, with fewer graduates in total, combined with “high tech” becoming the place to work in the late 1990’s, the public accounting profession had to change its approach to attract new-hires.  They began to dramatically increase the starting salaries for the newly hired.  What has not changed is the CPA’s expectation of a premium jump in compensation when leaving public accounting.  Thus, CPAs leaving in the 21st century are getting a premium from a much higher level than their CPA peers from the 1970’s, 80’s and 90’s.

For many companies, when an experienced CFO who has been with the company for 15 to 20 years or more retires or leaves, the answer may not be a new full time CFO.  To compensate for the shortage and cost of high-caliber CFOs conduct an analysis of the core needs in the finance and accounting group, hire another type of finance position to fill the tactical gaps, and consider the idea of a long-term part-time CFO.

If that is not feasible, or the CEO really needs someone by their side 24/7 as a key business adviser, my advice to that owner is you will likely need to change your opinion on compensation for that new CFO.   The law of supply and demand is out there in full force for the mid-30s to mid-40s senior finance professional.  There are fewer than ever before, and if you seek that CFO with the public accounting start, it will cost you more than in the past. 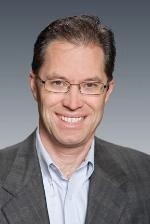 Alex de Soto anchors the CFO Selections search practice. He brings over 25 years of experience in accounting, finance, human resources, and executive search to his role as leader of the search team. Since 2008, he has spent most of his time helping CEO’s and CFO’s of Pacific Northwest based companies find that unique match they seek for a CFO or Controller.

Why is it so hard to hire an accounting employee? A 20th-anniversary reflection
Why Tech Skills are Essential for Today’s CFOs
How to Win the Talent War in Accounting and Finance
What to do Before Hiring a CFO